The Bike-Industry Has a Moment

Blip or Trend? The Bicycle Industry Has a Moment 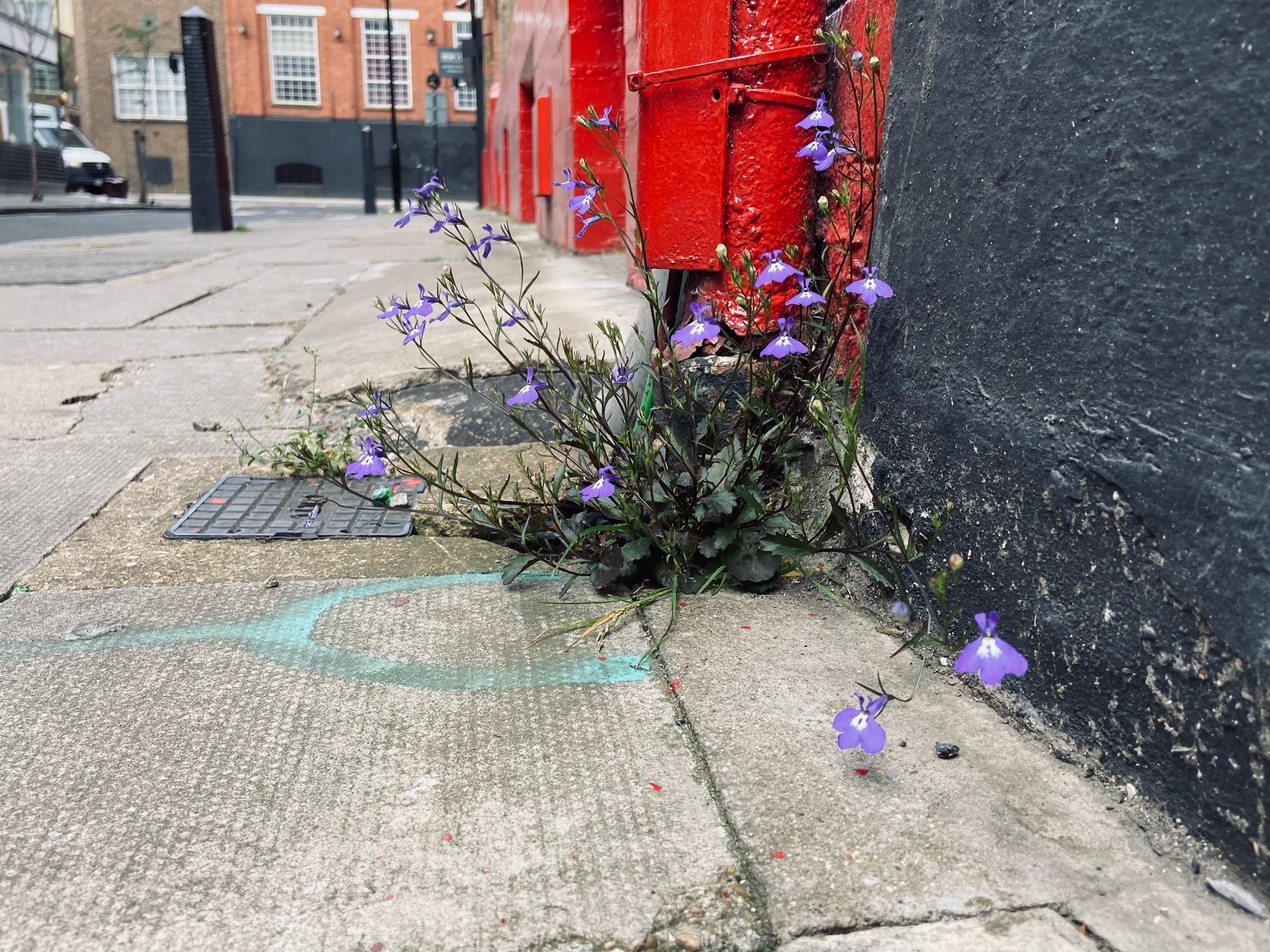 Height of the lockdown. The quietest the middle of London has been for a thousand years.

State of The Industry

These are profoundly not normal times.

In many ways the bicycle industry has been more fortunate than many others since March and the start of the Covid-19 crisis - we were allowed, encouraged even, to stay open by the government. Predominantly to support people who wanted to switch commuting patterns from trains and buses to bicycles and ebikes, and then later, folk switching to bikes as a way to stay fit during our dazzling spring and summer.

We had a bit of a re-think after a week of lockdown and decided that we ought to re-open – partly, because me and Jules were not able to furlough ourselves under any of the government schemes, but also we felt a responsibility to stand on our own two wheels, if we could. 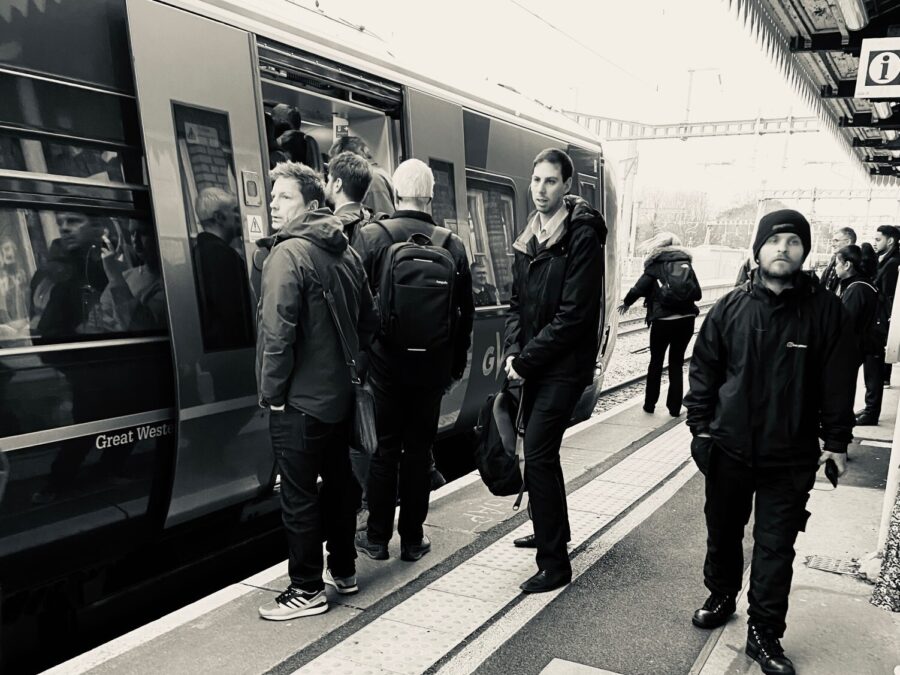 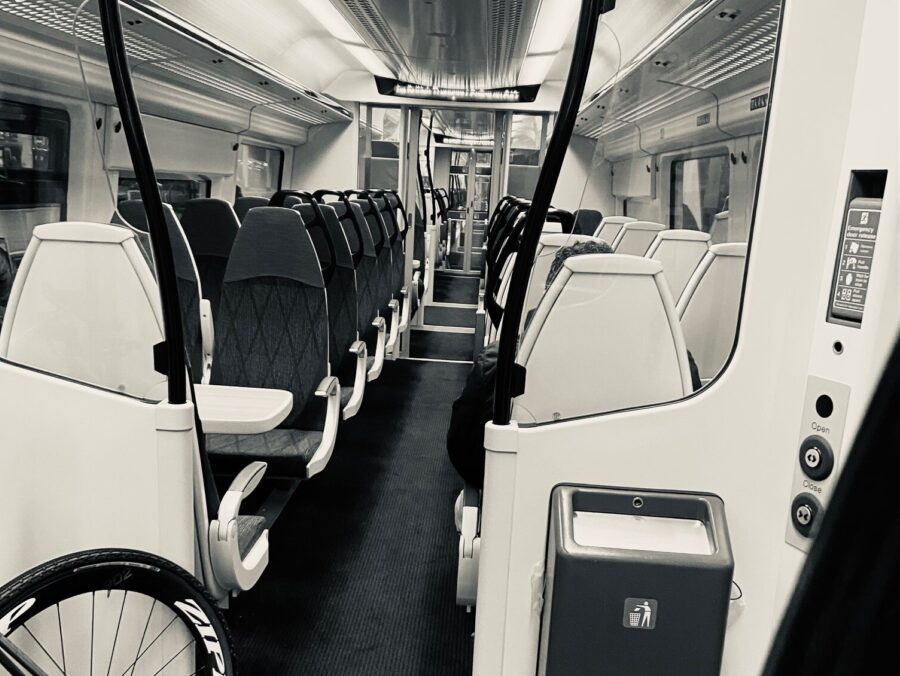 One week later - place to myself

A Bike. Any Bike!

To start with it felt like a return to our old Bikepark days – servicing old 3-speed clunkers and trying (and more often failing) to source entry-level commuter bikes for key-workers and people who had to come to work in Central London. We converted one of the fit studios into a second workshop. There was an end of days feel to the West End - both Jules and I drove in on alternate days, and parked right outside the shop, cheerily waved on by a traffic-warden, who's job must have been as lonely as a Siberian shepherd – endlessly wandering deserted streets, not handing out tickets to cars that didn’t exist. Maybe he was grateful for the little oasis of human contact he had with one of us in Macklin Street everyday? There was certainly a deficit anywhere else in the neighbourhood. It was not just quiet, it was disquieting. A major city that has closed is just plain eerie.

It was interesting to see how the industry adapted to the Covid crisis and the uptick in demand that really kicked in around May. Unprecedented and unplanned for demand, conspired with constrained supply chains - it felt like the wild west for a while. Somewhat predictably the surge ended when supply ran out and it became impossible to buy a mid-range mountain bike or hybrid in June or July – we know because we spoke to hundreds of desperate people looking for a bike. Any bike. 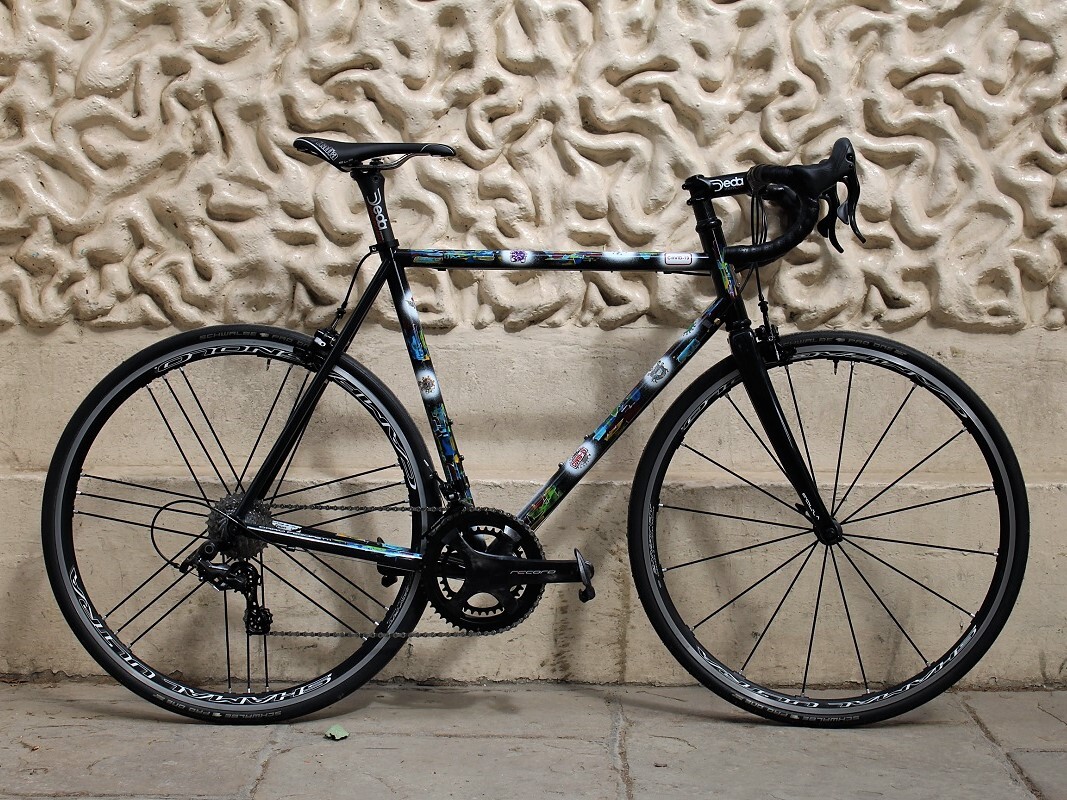 "We felt like a custom-bike information clearing house, pulling in news from all over the world, about how these talented craftsmen were toiling against the odds to keep the torch alive"

The small companies had their own unique challenges trying to balance the needs of their co-workers, customers, and finances during lockdown. We talked every day to our friends at Seven, Pegoretti, No22, Passoni, Open and FiftyOne. They had the advantage that they de-facto controlled the means of their own production - raw-materials in one end of the workshop – a bicycle frame rolls out the other. But they were also all working in horribly restrictive lockdown conditions – and in Pegoretti’s and Passoni’s case, under the severest restrictions. And to start with at least they were largely bypassed by the cycling blip, that was being enjoyed at the other end of the market, powered by new entrants into the sport. We were at least keeping our lights on at Cyclefit servicing clunkers and delivering commuter bikes around London, to start. But it was actually much harder for some of our friends in these specialist workshops. Rob Vandermark from Seven summed it up beautifully when I spoke to him in March:

"Everyone here is in good spirits, and I'm proud of how everyone is coming together -- at a distance -- to be creative in keeping up with the work in front of us."

And Aidan Duff from FiftyOne observed that:

"The great irony is that frame building is a solitary craft. Man and machine."

Nevertheless the good work carried on, on both sides of the Atlantic. It was touching that they would sometimes ask how each other were coping, but to my knowledge rarely, if at all talked to each other. Which is odd because we talk to other shops all the time - Bespoke Cycles, Pearson Cycles, Cotswold Cycles etc. This has been one of the positive aspects of the crisis - reaching out to and collaborating with, your community, whatever that is.
We felt a bit like a custom-bike information clearing house, pulling in news from all over the world, about how these talented craftsmen were toiling against the odds to keep the torch alive. They appreciated reading about each other in our newsletters – they enjoyed the kinship and sense of shared experience. At the other end of the spectrum, we heard rumours that some of the big brands were engaged in a virtual uncivil war with each other, in an attempt to get their own product booked into limited production slots available in the few behemoth factories, in the far east, that increasingly manufacture almost all of the planet’s bikes. Maybe some of the more progressive companies will now think it pragmatic to repatriate at least some of their production back under their own European and North American roofs, and therefore under their own direct control? Just a thought. 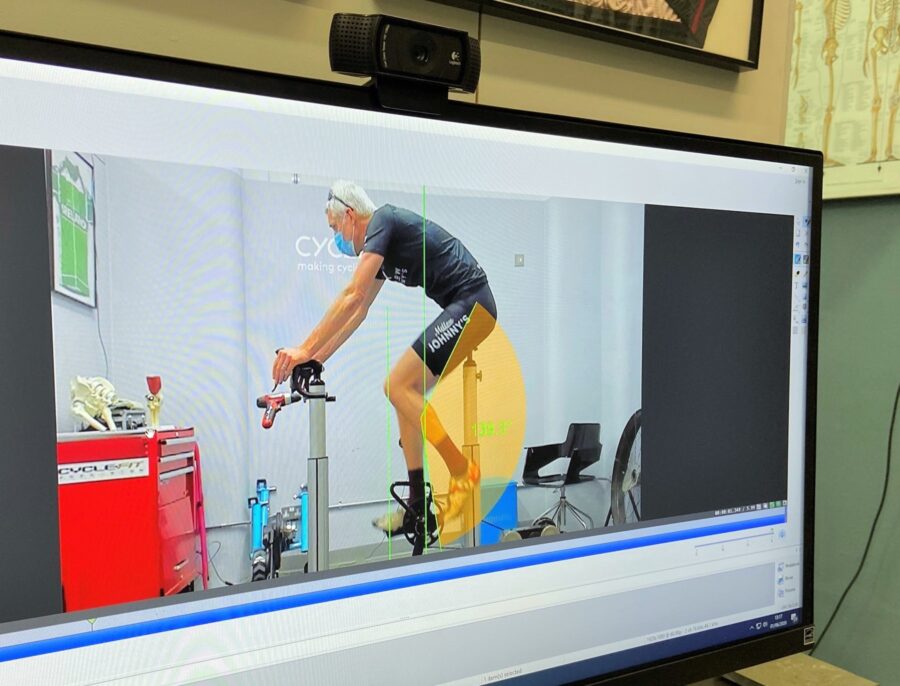 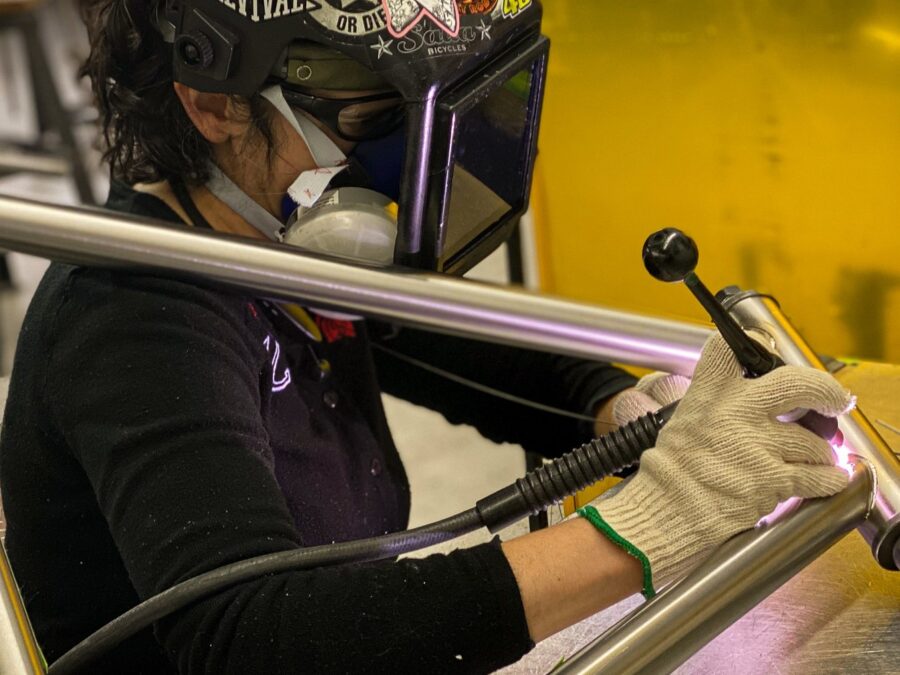 Supply is still severely constrained throughout our industry - bikes, frames and components are all adversely affected. However, because every bike is a project at Cyclefit we do have several strategies for either immediate and delayed gratification on stock and custom bikes - even on some of the scarcest products, like Trek's Emonda SLR and Madone SLR - see below. We have hand-curated bicycles for twenty years - the concept is not new to us, only the constraints. 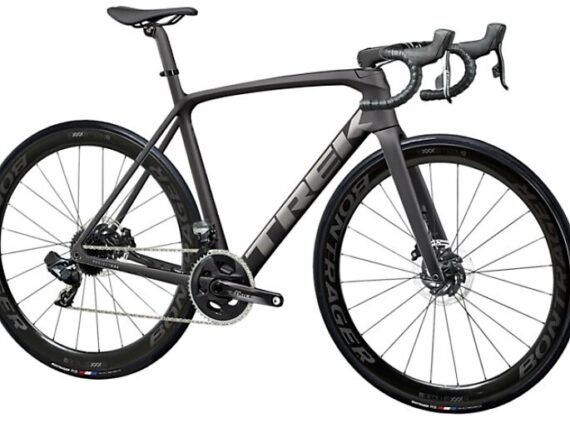 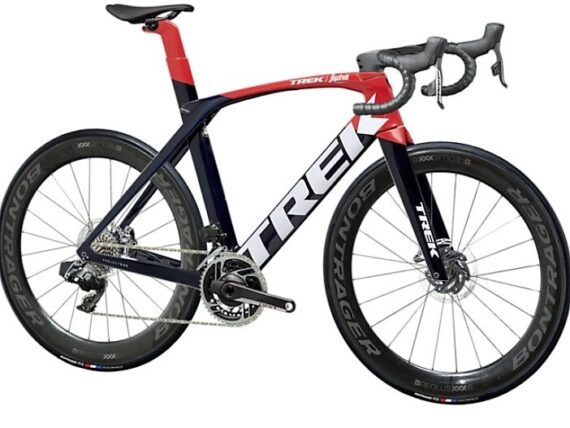 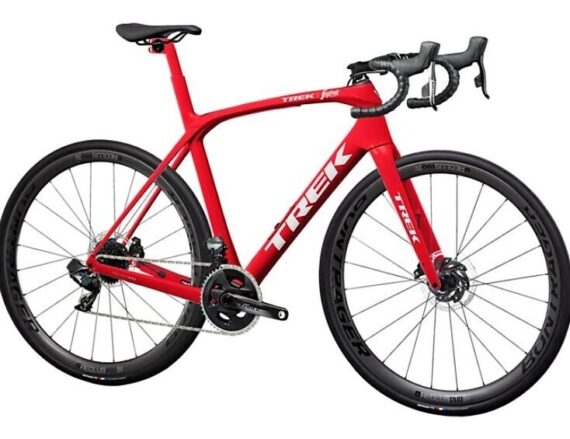 Central London seemed to gently spark back into life at the end of summer. By no means, a return to normal but palpably more folk walking up and down our street. Even the parking warden had cheered up and sharpened his pencil again. We even started to do a little bit of Cyclefitting for a few clients that had ongoing issues that needed resolving. It was superb to get back on the tools and invoke our critical reasoning once again, trying to unpick the Gordian knot of cycling biomechanics.

Currently we are only conducting Cyclefits for new bikes, because the sessions tend to be shorter, more predictable, and we don’t need the rider to pedal too hard. We took the decision to stop doing mainstream Cyclefitting, partly because we are too close to sixty to be flippant with our health and the health of our clients. And even with appropriate PPE, having someone sit at 200+ watts in an adjacent space, began to seem unwise again in this moment. We are holding this under review until the new year. We miss Cyclefitting. Jules and I talk and think about it all the time. 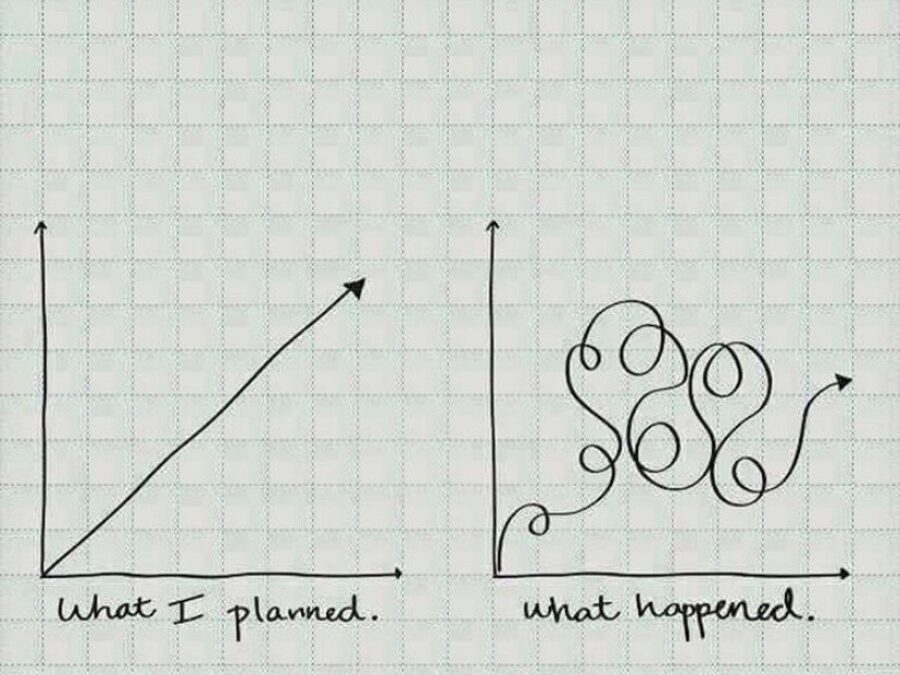 Thanks to David - The Lost Explorer for the image. Priceless. 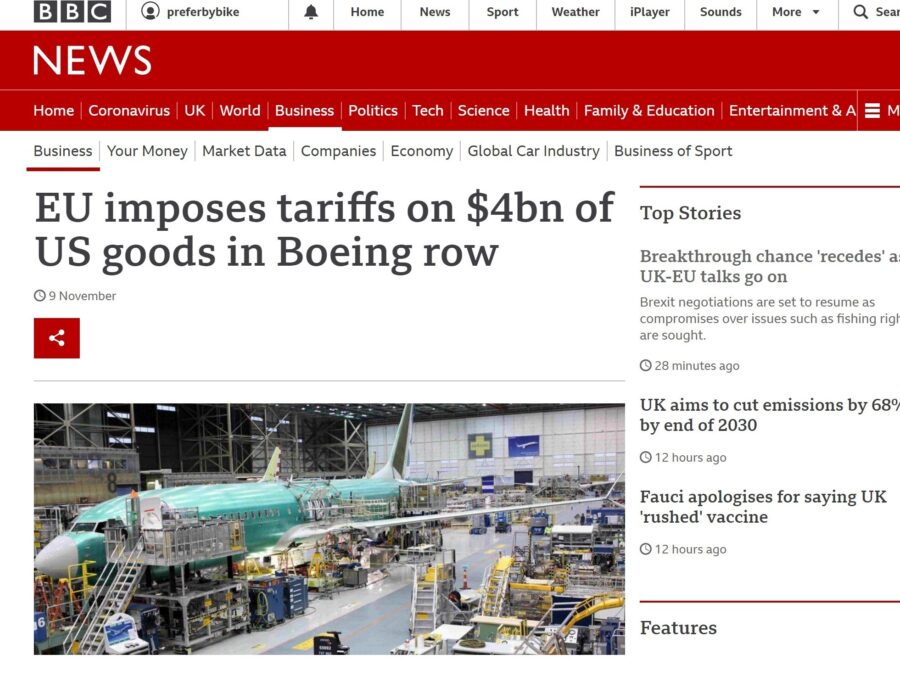 Boeing v's Airbus - so how did bicycles get dragged in?

Bikes And Boeing? Wait, What?

And then right at the end of a difficult year, a few weeks ago, we suddenly notice that our frames from Seven and No22 are coming in with an additional 25% import tax! Who knew? Apparently nobody, well no one told us. After a few desperate and anxious emails and calls, we find out that somehow US-made bicycle frames have been selected by the EU to be dragged into a tit-for-tat trade war with the US involving Boeing and Airbus. A trade internecine between two of the world's most polluting corporations, somehow ripples out to engulf a cottage industry committed to sustainability and pollution reduction. The irony and asymmetry made more stark by the fact that these new tariffs mostly affect small companies, because their production is US, not far-east based. Maybe this is a timely presage of the the impending problems of a no-deal Brexit for the UK. We take for granted peaceful and harmonious free-trade with people we have come to know as friends in Europe and North America. It is unthinkable that these bridges of shared purpose, enterprise and friendship could be further compromised by the blunt and ugly tools of tariffs. One cannot help thinking our elected leaders should, in this moment, be encouraging the fertile ground of international creative collaboration, not clubbing it to death with a poorly directed and blind instrument. Especially when they obviously do not possess the capability to communicate its imposition to the people who will be most affected. 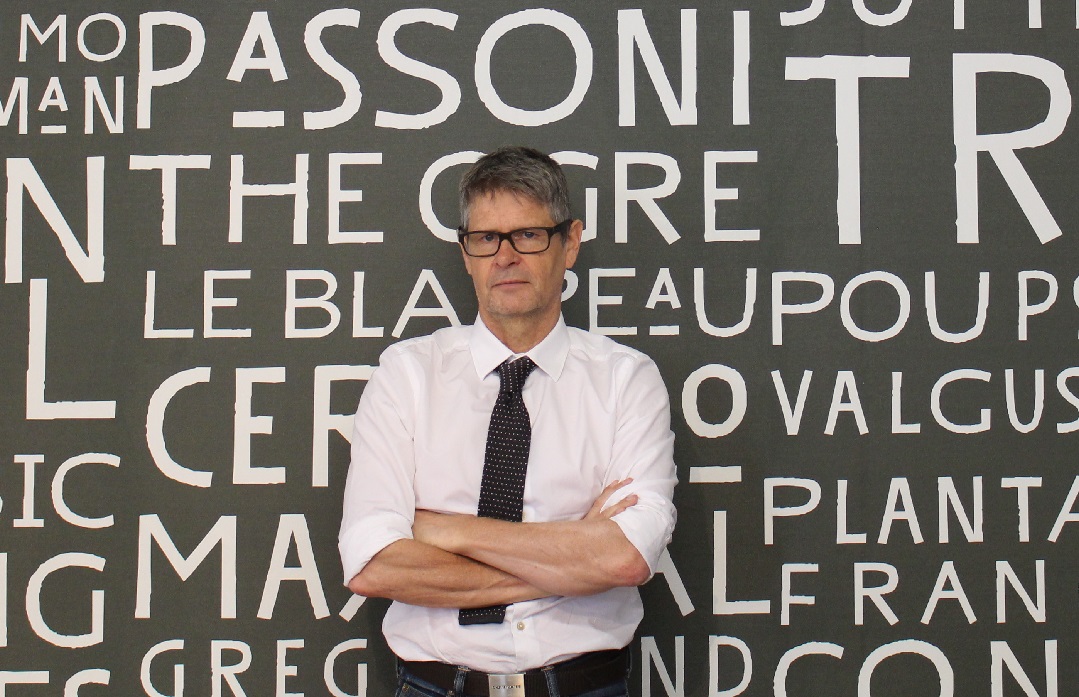 How the smallest companies in the bike industry are surviving the Covid 19 crisis!